There are more than enough sci-fi books out there that deal with reincarnation. Some do it well, others don't.

Richard Morgan, "Altered Carbon", with a very "hard" take on coming back in new flesh. But also happens to be fantastic hard-boiled noir sci-fi, so much so that it would be in black and white if it wasn't a book.

The reincarnation part is to do with their solution to interplanetary travel. It is more economical to simply transmit one's consciousness and have it take over a new host body. This has many side effects, emotionally as well as biologically.

by A. A. Attanasio 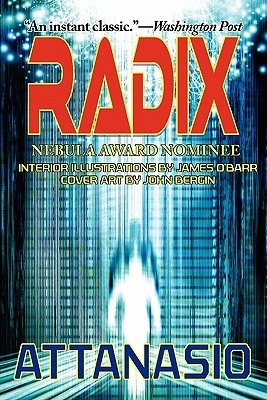 "The Last Legends of Earth" is the final book in the tetrad, and possibly, just the most wonderfully entertaining sci-fi book I read when I was young. "The Last Legends of Earth", takes place billions of years in the future. It sort of about an alien who reincarnates humans to bait a cosmic mousetrap. The book has such a huge milieu to play in that it never gets boring.

On top of that the aliens are completely horrifying and AAA doesn't hold back.

While the other authors get a sound placement on the list, the Radix Tetrad is one of the best, if simply for the sheer entertainment.

Another thing is that there are lots of references in LoL that can be difficult to understand on the first read. One of them that I didn't get at first was the reference made to; "tall man made out of smoke with the big hat" which is a reference to atomic weapons.

Regardless of all of that, "Lord of Light" is an amazing novel.

All three authors, Zelazny, Darnay, and Attanasio have a different reincarnation mechanism.